The house hosts an incredible collection accumulated by the previous owners, but the items found in the attics are very unusual. Housekeeper Angie has been sorting through the objects found during the house restoration and archaeological digs. 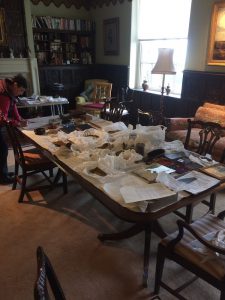 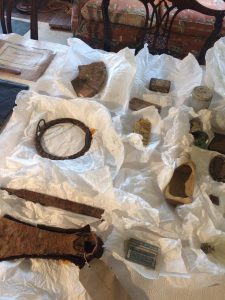 In the car park rifle cartridges and a beef bone were found, but the attic eaves had the most unusual items hidden, such as empty glass jars, empty tins of condensed milk and old cigarette packets were found. This might explain the large number of cigarette butts in the attic voids! 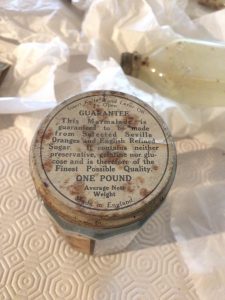 The favourite item found has to be the leather boot that was found under the floorboards of the Priest Room. It is believed that the left boot dates back to late 19th century and was for general use due to the absence of hobnails. If only we knew how a single boot got under the floorboards! 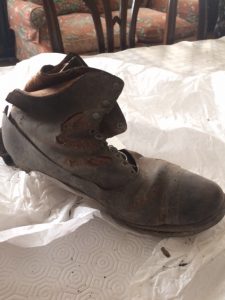